Maybe I Should Just Close Up Shop? 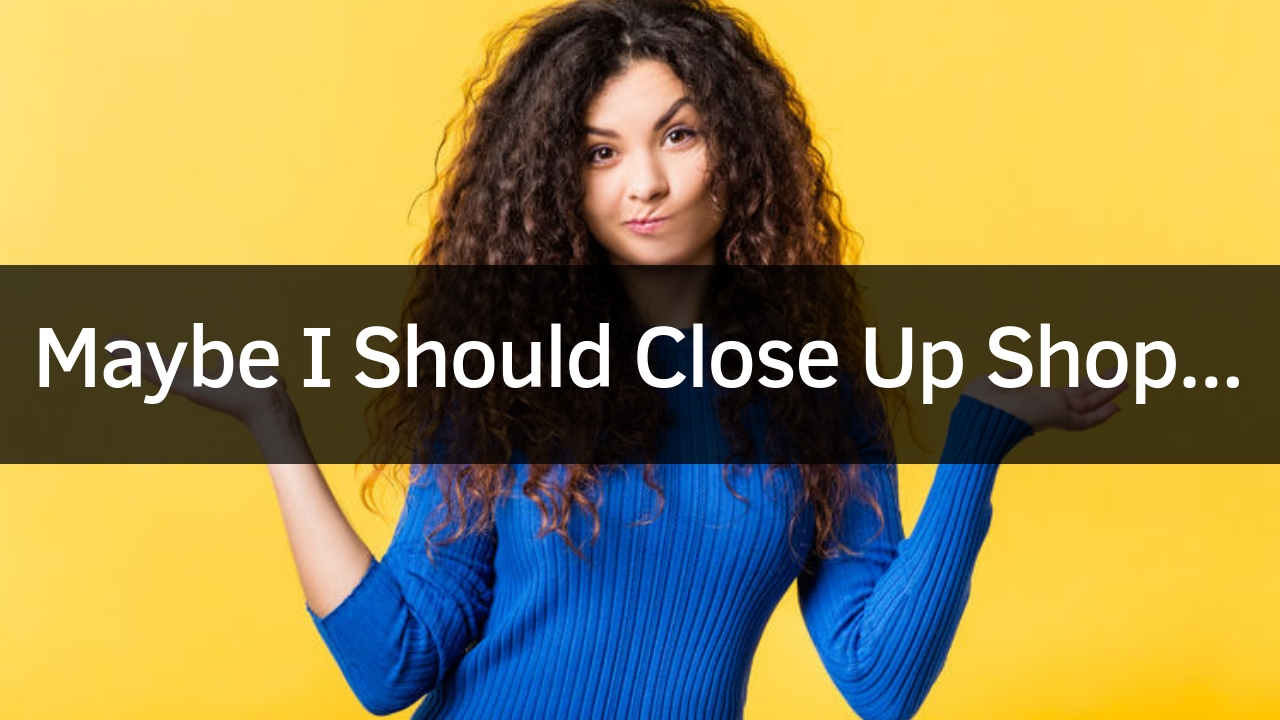 Maybe I should just close up shop… what do you think?

(See the comment below, under the arrow I drew…)

I mean…how valuable could I possibly be after making such an egregious error! ?

Seriously… a harsh comment like this one is what many people are afraid of when putting themselves out there in the world.

So how did I respond?

“How sad that you will miss a transformational experience due to a typographical error.

“It’s funny you’re (see how I used that?) the first person to mention it. I suppose I could change it… but Unstoppable Influencers acknowledge that we’re perfectly imperfect. So I think I’ll leave that little error in there.

“They are afraid that people will say unkind things…well, kind of like you just did.

“So thank you for pointing out my mistake. It’s been a great way for me to share with the world what we believe as Unstoppable Influencers.”

Fear of critics like this is normal. But no matter what you do, there’s always going to be someone who doesn’t like it.

It reminds me of one of my favorite quotes: You can be the ripest, juiciest peach in the world, and there will still be people who don’t like peaches!

But there are plenty of people who do. In fact, peaches are their favorite!

Those are the people you need to be focusing on, not the people who’ll never like peaches. Let them think what they want.

And most important of all, DON’T let what they think stand between you and sharing your gifts with the people who need them. I guarantee you they’ll care more about how your gifts empower them than they will about one typo. (I speak from experience!)

Did you know that you’re here on purpose and for a purpose, and it’s an important one? You were born with a light that’s meant to shine in this world, and reach people only YOU can reach. But sometimes our lights get dimmed by life, and even when we want to shine them, we’re scared and don’t know where to even start. If that’s you, click here to check out the next Unstoppable Influence Challenge, where you can learn how to Be You, Be Fearless, and Transform Lives.